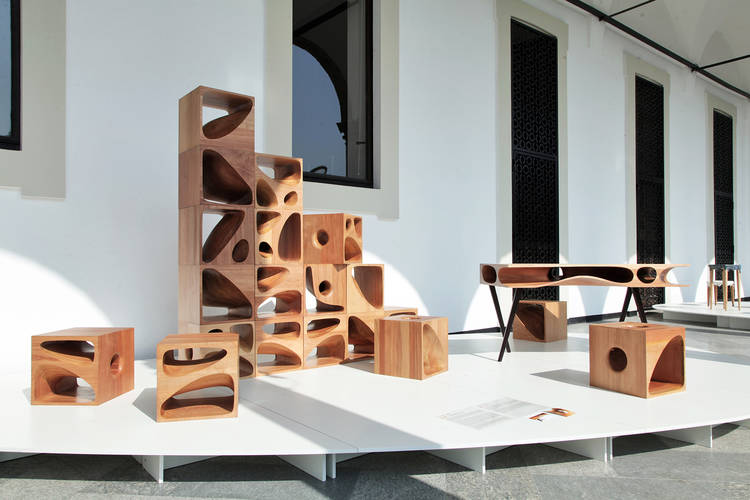 Catable 2.0’s modular design is so perfect for any feline. It is a unique block type designed by Ruan Hao, a lead architect from LYCS Architecture base in Hongkong.

The first prototype called CATable 1.0 was created in 2013. It was engraved from one single solid piece of wood and made to be cuboid with tunnels inside. Ruan Hao, the lead designer used to keep a cat named Baoqiang. According to him, Baoqiang was a guinea pig for his CATable 1.0 project. When Mr. Hao put Baoqiang and two other cats into his newly designed CATable 1.0 for the first time, it was like NASA launching their first rocket into space. The pressure was too high and nervousness sets into the nerve of Ruan Hao. He was wondering if the Cat would enjoy the table as he had designed. The good news was that Baoqiang loved it very much that she would not move out from the tiny hole. In fact, she would go from one hole and exit from the other with a big wide cat smile.

Based on experience from several owners of version 1 of the Cat Desk, the owner would continue to work on their laptop and sipping the warm coffee aside while their feline would enjoy the nap in the tiny hole and from time to time come for the pat by their owner. It is a very satisfying experience for both the owner and the cat. 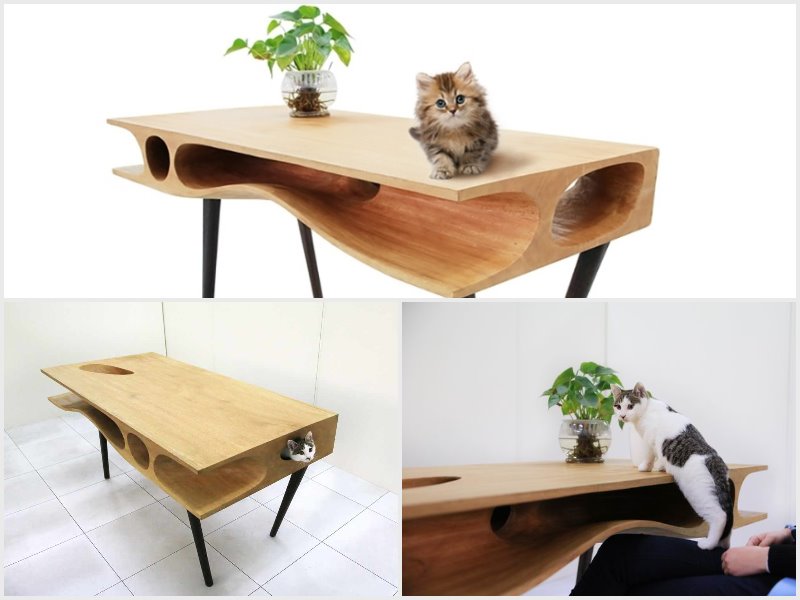 CATable 2.0 was then born in 2014 by the same man: Ruan Hao. Version 2 of Cat desk was a modular version of the CATable 1.0. Instead of a single solid wood in the original version, each owner can design their own small play field for his or her felines through different type of block.

The reason LYCS architecture developped CATable 2.0 was to solve the initial complains raised by several cat owner that their cats were getting bored with the same desk. To solve this, a modular design was developed and there is no way the cat would get bored any longer.  In fact CATable 2.0 is a very playful design and it’s like a LEGO bricks where you could re-adjust and re-design the block so the cat will not get bored. For the cat, it practically mean fun all the time.

And did you know that CATable design was coming from observing Ants colony? Yes, it is true as confirmed by Mr. Hao who had observed the ants colony and how the ants dig intricated holes for their colony. 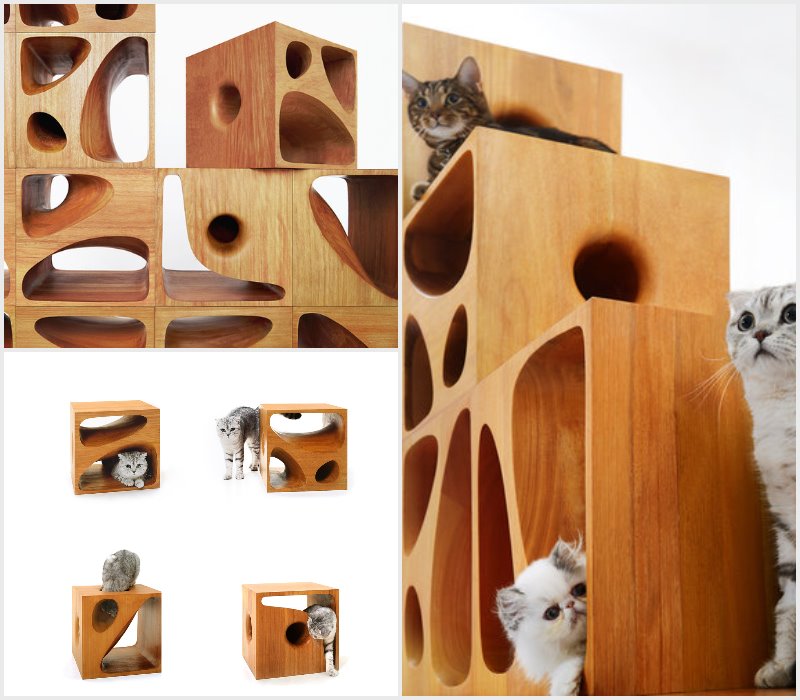 If anyone know the price of this designer cat desk, please put it in the comment below and I am more than happy to find out more and get in touch with the seller to have one for my feline 🙂

Finally, enjoy the full video of CATable 2.0 history and the reason behind this creation below: