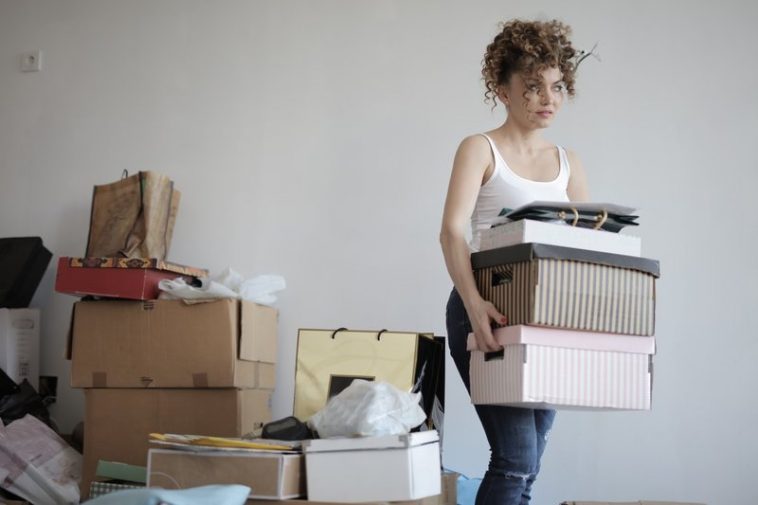 I have written a thorough guide on minimalism through decluttering 101. As part of my research, most challenges people face is the many choices they have to make on what to throw out. Hence, in this post, I’m going to share with you the 9 things you can give away or throw away from your basement.

Why tidy the basement?

The basement should be the first place when it comes to tidying up your space. The reason is that a basement is a place where there are many items that were stored for a long time. Perhaps some old winter cloth during the last season. For me, I found out my son has an old ice skating shoes that were never used. You see, this is why the basement is a good starting point for your clean up effort.

9 things of what to throw out when decluttering basement

Below you will find my list of the first ten items that I had to throw out when I did my cluttering this May. I hope this will you a heads up on what can be given away without any heart pain. I am also sure that your list may be different from mine but it would give you some ideas:

The first thing I did was to remove old clothes. As a family of 4, my sons are growing fast each day. Their last year’s cloth is no longer fit anymore. My office working clothes are also shown signs of wear and tear. They need to be replaced. Hence, instead of keeping them like a hoarder, I gave them all away. My choice is the Salvation Army. This organization makes giving away clothes very easy. I simply put my old clothes into a plastic bag and drop them into the Salvation Army’s box near me.

Without further explanation, old shoes fall into the same box as the old clothes. As mentioned before, my boys enjoy ice skating and while I bought them ice skating shoes back in 2019, these shoes are no longer fit them this year. Instead of throwing them away, I put them on Facebook Marketplace and they were sold like a hot cake (in less than 5 days). Of course, the tips here is not to put an exorbitant price tag to them.

I belong to an old school as I still have CDs and DVDs from the Backstreet Boy, believe it or not. Although it brought lots of joys before, I realize I do not listen or watch these DVDs as often as when I was still in college. Hence, instead of letting them collecting dust in my basement, I simply offload them on FB Marketplace again. Like before, there are still people out there who love and collect these old Backstreet Boys’ DVDs. Thus, I felt really good at a more clean basement but also with the extra pocket money I get from this sale.

Oh lord, from nerf guns to lego blocks to hundreds of toy cars (some of them collectible), my boys have them all. As they have grown up now (teenagers), I do not see value in keeping them anymore although, I must admit that I still felt nostalgic when seeing those old toy cars they once played. For these toys, I simply donate them i.e. drop them to my local charity store near me (I live in Texas).

This is a challenge for me as I still hold on to lots of old memory when looking through a pile of my old books. Yet, at the end of the day, I decided to let it go as well. Here, I dropped them off at my local charity store as I believe they would benefit more from the income of this sale.

Yep, despite the fact that I moved to my current rambler house 3 years ago, I still have those packing boxes lying in my basement (oh well, they were nicely packed). These boxes take a considerable amount of space and hence, instead of being a lazy person who still takes no action, I made up my mind and simply throw them out through the usage of the recycling mechanism.

Yes, I have one old HP printer and a Dyson vacuum cleaner that are no longer in working conditions. They are collecting dust in my basement in their original boxes! I had to do something about it. For this reason, I simply thrash them out. There is no value to keeping them besides taking up space in my basement, really.

If you are one of those who likes collecting holiday decorating items for the home, then you would understand that it is not easy to part your collectibles. Having said that, what is the point of holding on to broken items? The answer is none. In fact, if you practice Feng Shui, you will also know that broken items bring bad energy to any home. Thus, it is advisable to simply put them into the bin and off they go! As a result, I save one whole shelf of these decorative items in my basement.

Sadly for my procrastination, I still hold on to my broken office desk. This is partly due to the fact that I rarely go to the basement to do work. Instead, I’m using my kitchen table as a shift home office. That office desk is beyond the repair and thus the only way to save the space and make my basement functional again as a home office, I had to let this unusable desk go. And today, I have a brand new home office desk and a smile on my face.

Like anything in life, the first step is the most challenging one. Here, let’s start with your basement. Then, use this list to get rid of items that are no longer usable. Some of them may also be no longer meaningful to you. You will appreciate the minimalism and space in your basement. Let’s start decluttering the basement today and check out what to throw from this post.