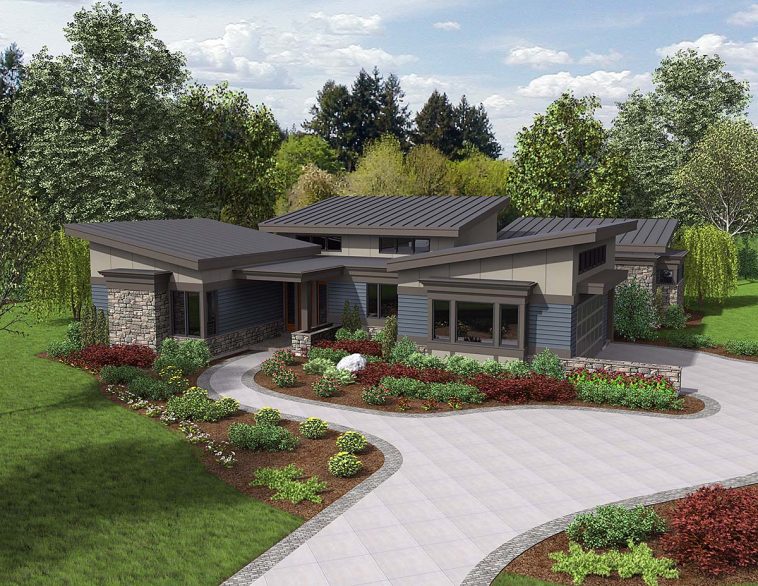 One of the first architects to use the rambler house style was Cliff May in the 1930s, inspired by southwestern ranch homes. A rambler house style is a house that is spread out over one floor and grows out instead of up. These are also known as the ranch house’ style. In some areas, it is also known as the California Ranch. These were most commonly built in the 1950s but it is still a very popular style of home and an estimated eighty percent of the housing market in some states like California are rambler style buildings.

This particular style is specifically known for minimal decoration both inside and outside with a sprawling profile that is both long and low. They are listed as the favorite national style with approximately thirty-four states preferring ranch or rambler style homes above any other. Most rambler houses have an L or U shape to them though some are straight and long. It was also one of the first home designs to include attached garages.

Depending on the region in which it was built, ramblers are usually made up of wood, brick, or stucco materials. There were also a lot of synthetic rugs laid over natural flooring for this style of home so if you tore up the rugs then most likely you will have some form of natural flooring below which might be preferable. You can find yourself with some beautiful hardwood.

The decor and plan for a rambler style house can encompass everything from classic ranch house look to the modern sprawling estate. Some of them have large basements that can add a lot of extra space that would otherwise be missing from a single-story house. Not having a second story means that you will not have to deal with the noise from above.

Rambler or ranch-style homes are known for their prevalence of windows and they usually have a lot of natural lighting throughout the entire structure. Even though they tend to look quite squat from the outside, inside they are more likely to have vaulted ceilings to give the illusion of more open space.

They also are more likely to have sliding doors leading to outside due to the time period when they were most popular. During that period in American home building, there was an attempt to integrate indoor and outdoor comforts and this has led to a lot of open planning and ramblers that lead out to courtyards, pools, open yards, or other socializing areas outdoors through sliding glass entrances.

This particular style of the house was made popular in a time when the modern infrastructure for homes was beginning to be prevalent so their many internal systems are easily updated. Also, a drawback is that there are not as many plan options for rambler homes. However, the benefit of having not as many load-bearing walls is that the floor plan can usually be converted with minimal fuss. There will be limitations to what can be done when attempting to fully redo a floor plan for a rambler home.

It is not uncommon for rambler houses to have beautiful fireplaces. Some of them open on both sides to a room giving it a cozy, homey feel that is hard to get in some other building styles. Not all rambler house styles come with fireplaces.

These homes are also safer for elderly people to navigate because there are no stairs and usually, they are flush with the outside so unless there is a patio often there are not even steps at the door. This also makes them easier to clean since there is no laborious climb up and down stairs or through multiple stories. In addition, this also makes them easier to evacuate in times of emergency such as a house fire or earthquake.

The drawbacks of Rambler House Style

Because there is no second floor then you can only build on if you have the space to do so horizontally. Not everyone lives on a parcel of land big enough to create the size of home they are hoping for, especially if their family grows and they require more bedrooms and bathrooms. This means that the larger the house, the smaller the yard. There are also not as many structural changes that can take place in a rambler so completely changing a floor plan to suit your vision may not be possible. Most ramblers are either open plan or compartmentalized, but all of them can be modified somewhat though there are usually limitations. In other words, a rambler house may not be ideal for a larger family of 8 people. If you have a large parcel of land, of course, you can design the house plan accordingly. Click here for more rambler house plans on pinterest or click here for 3D house plans to download.

If you live with a large family or several roommates then there will be less privacy in a rambler due to everyone living on the same floor. There are also fewer places to go to ‘getaway’ if you wanted a moment of privacy without stairs or other floors to occupy. The prevalence of large windows can also make your home feel on constant display. Tastefully placed shutters can help with this sense of exposure. The noise level can also make it difficult for that elderly family member who lives in the same household. Here, what I suggest is to perhaps design a house plan where you let your elderly parents stay at the far end of the house.

Although some ramblers are basements or crawl spaces, the large majority of them are built onto concrete slabs. Also, because of the style of roofs – extended eaves, low-pitched – the best climate for these homes is the warmer southern states. This is because in the north they will encounter something called an ‘ice dam’ during winter months. This is when snow begins to melt from the top but then re-freezes before falling off the roof leading to very heavy edges of snow that can be dangerous and potentially damage the house.

Areas in the home furthest from the heating source will tend to stay cold. This is less of a problem in warmer states where there will be less heat leaching through the concrete foundation.

Wooden decks are very uncommon for rambler houses but patios are common. If you want a home with a wooden deck then you will most likely need to build your own. During the peak of the rambler style builds in the 1950s and 1960s the most common type of doors was hollow centered so they are less insulated for heat and noise so they are best replaced with thicker, modern doors. 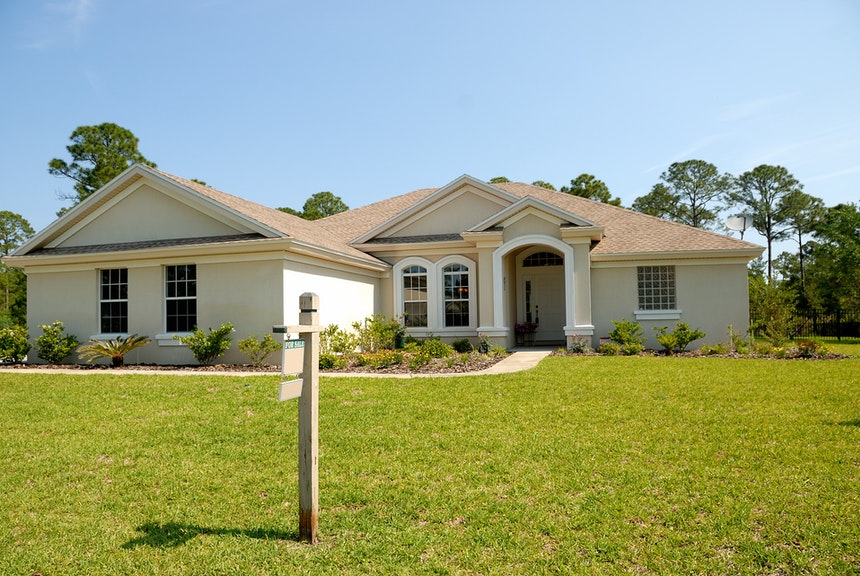 Despite the fact that this is one of the most sought-after styles of houses in the United States, it is still quite a bit cheaper than other styles. In most states, it is between $80 and $150 cheaper per square foot to buy a rambler. There are a few states, however, where they are still slightly more expensive. For example, in Milwaukee, WI, ramblers generally come in at about $11 more per square foot than other styles of buildings. This is not a larger difference but it does exist for some areas. This style is not as widespread on the east coast (such as in Maryland) as it is in the southwestern states.

If you intend to build your own rambler style house then the national average for the cost is $433,500 with mid-ranking materials. Statistically, most people who are planning to build their own homes tend to go bigger so that the national average is 2,500 square feet. This price includes everything from frame, to electrical, to furnishings. Overall not a bad price for being able to build it to your own specifications. 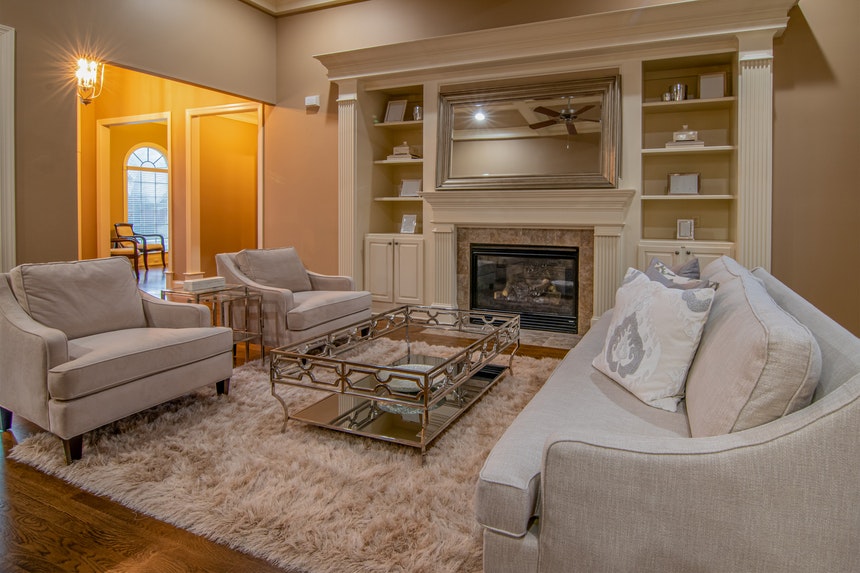 Rambler house style buildings can be found all throughout the United States but the way they are built is best suited to warmer states. These houses are considered historic so there are some options if someone were to wish to restore their rambler to its glory days. These beautiful structures have an open quality that is not as easily found in other styles. The large windows, low roofs, and open plans make them ideal for people who like to feel connected to their neighborhood or environment.

Though these homes tend to be naturally suited for warmer climates they can work just fine in northeastern states as long as the homeowner is aware of areas that will need additional attention like regular roof cleanings during the winter or increased internal heat sources. You will find these sprawling homes most commonly in the suburbs where there is more room for the building to spread out creating larger communities. This popular, homey style can be found in almost any town across America. 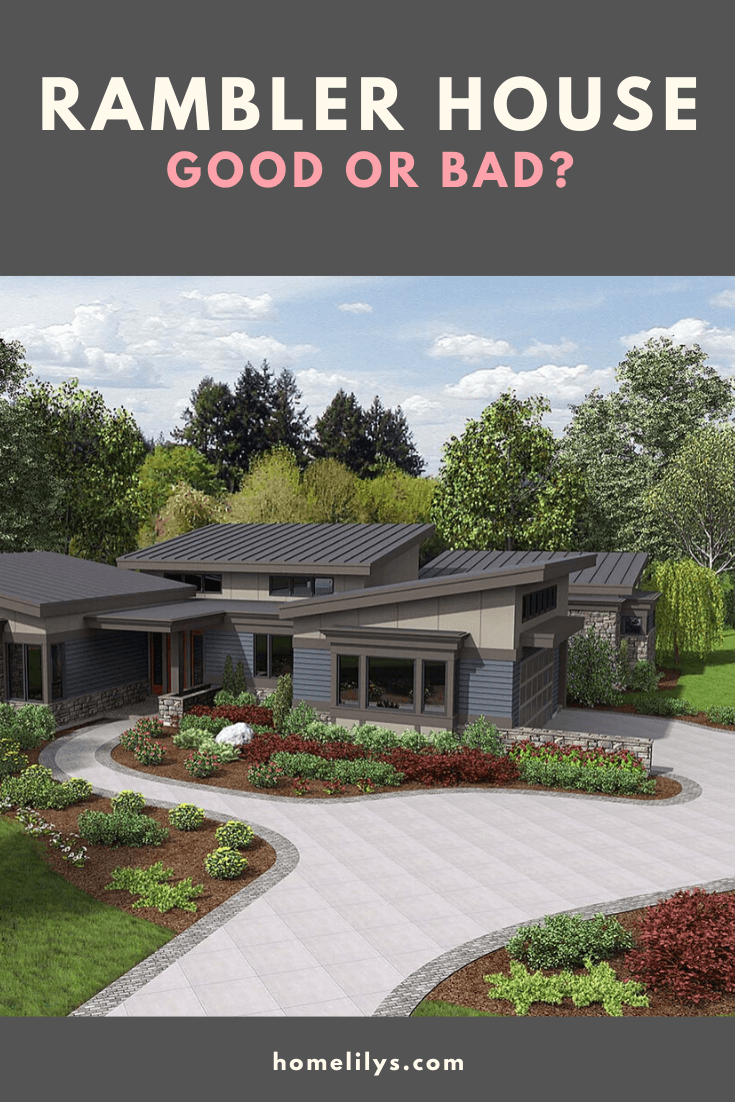 So, is rambler house ideal for family with an elderly person?

These houses are still very common today because they have a lot of fine qualities about them. They are more affordable than most other house plans on the market today and have nostalgic value to them as well. Whatever floor plan someone has in mind for their one-story home, the rambler style will most likely be able to accommodate it in some fashion. It is roomy and connected without feeling too claustrophobic. This style is simple, elegant, and open for change to fit the needs of the family living within it. In short, these ranch house plans are ideal for a family with an elderly person.